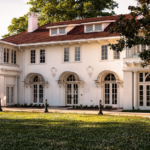 History happened here, lots of it. Literature, the blues, rock and roll, visit the exact place where so much of it began. 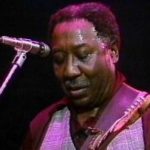 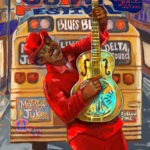 Finger licking good food, from gourmet dishes to right off the grill, and wonderfully unique down home places to stay. 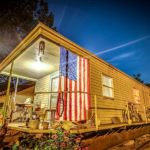 Close to Other Attractions

The Mississippi River, Casinos, Delta attractions, Memphis an hour away with New Orleans and Nashville on the horizon. 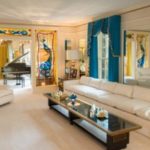 The Search for Authenticity

In today’s lightning fast high tech world, life and work on computers are increasingly becoming ever more virtual and rather impersonal.  This has brought about major new national consumer trends that characterize what people want and are looking for in today’s digital world.  These trends appear significantly in most aspects of everyday life and in the desires of today’s tourists and travelers as well.

One of these emerging consumer trends is people are eager to connect with other people, not just with virtual things.  They seek to make new friends, share their lives, and create new experiences.  The more virtual our lives get, the more people look for something genuine. What people want now is not just another product or a service; they want an experience, one that is honest, transparent and authentic.

The search for authenticity appears across all consumer demographics and is particularly significant in today’s younger tourists and travelers.  Often an authentic traveling experience is seen as important, if not more important than buying a home, for example.  According to a recent Expedia survey, 76% of baby boomers rate experiencing authentic local culture as “the most important” aspect of their decision making to travel, while 62% of Generation X consumers rate local culture most important.

Often referred to as the most Southern place on earth, Clarksdale is rich in people, character and authentic culture: it is the birthplace of the blues and rock and roll. An experience here is much deeper and more inspiring than just something to see or has been purposefully manufactured for a tourist to do.

For example, a visitor can take a historic tour by Robert Birdsong, a former Clarksdale fireman and cultural historian, to learn firsthand about the land where the blues began.  Then the visitor might have a beer with Robert at Hopson Commissary later that evening.  Robert is the bartender there, and he very well might explain how he found the gravestone for Jackie Brenston, who sang Rocket 88, the first rock and roll song ever recorded. Robert will also talk about Hopson, where International Harvester introduced the first mechanized cotton picker, which was central in the labor force migration that took the blues from its birth here to Chicago, among many other things.  He will also talk about Pinetop Perkins, who was a tractor driver at Hopson in that era, who later played in Muddy Waters band out of Chicago.  After, the visitor can stay next door at the Shack Up In, a nationally recognized lodge where a visitor can stay in an actual sharecropper’s shack and experience the birth of America’s deep roots music culture firsthand.

This is just one example of Clarksdale’s authenticity. There are many other opportunities to connect with actual people, such as Delta Bohemian, a private tour rich in art and cultural history with irresistible personality. One can also find and spend quality time with some of the 19 residents who saw one of Elvis’s first performances.

Authentic Food, Lodging and things to do

There are actual juke joints that still remain with real bluesmen still playing.  The southern food comes with a real down-home soul.  Lodging is unique and one-of-a-kind.  The Mississippi River up close is a real as it gets, and traditional things to do like Delta hunting and fishing are centuries old experiences. 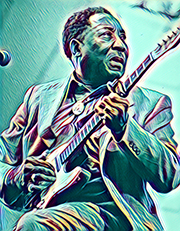 Sometimes referred to as the most Southern place on earth, Clarksdale was once known as the buckle in the cotton belt.  In that earlier era when cotton was King, Clarksdale also had historic, exceptionally rich arts and cultural traditions running out of and parallel to its better known agricultural attentions.

The economy here is still much reliant on farming cotton and other crops today, but Clarksdale has always been an arts and culture community as well, and today we are now better known for the art that emerged and evolved from here.  Music, literature, civil rights and much more have happened here. Clarksdale is the birthplace of the blues… and rock ‘n’ roll. 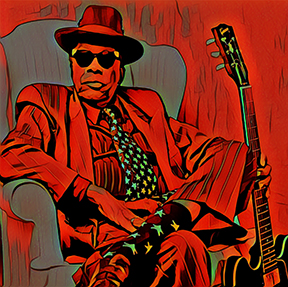 Of the more than four dozen plus significant music artists that came out of Clarksdale, a half dozen are in the Rock and Roll Hall of Fame. Muddy Waters, John Lee Hooker, Ike Turner and Sam Cooke, a Hall of Fame charter member were from here, and Howlin’ Wolf and Robert Johnson spent much time being influenced and growing their careers here.

The first rock and roll song ever recorded, “Rocket 88,” was written and rehearsed in Clarksdale by Ike Turner and Jackie Brenston.  The first song Elvis Presley ever recorded was written by Arthur “Big Boy” Crudup, a Clarksdale gospel singer, who wrote “That’s All Right” shortly after moving to Chicago from here.

Clarksdale’s music tradition continues to this day, where 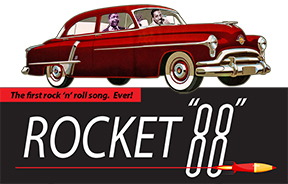 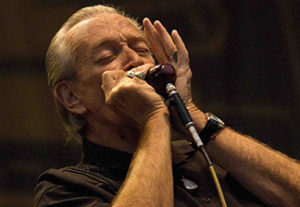 Charlie Musselwhite can often be seen playing in Clarksdale (photo by Kenji Oda).

One of Clarksdale’s first attractions one can experience is live blues, rock and roots music every night of the week (see this weeks entertainment schedule here).  On any given night one might hear a nationally known artist, and every night one can see today’s Clarksdale artists perform, some of whom are already becoming known on a career path ascent.  Moreover, when you see one of Clarksdale’s finest, you’ll witness one more genuine homegrown musician, like so many of our blues forebearers, that very well might change the music world again someday. 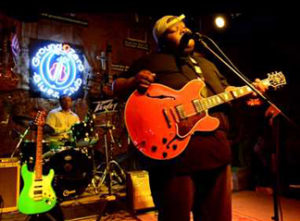 There are at least a dozen places to hear live music being played.  The most well attended are Ground Zero Blues Club, Red’s Lounge, Hopson Plantation, The Juke Joint Cathedral at the Shack Up Inn, Hambone Art Gallery, The New Roxy, Levon’s Bar & Restaurant and the Bluesberry Cafe.  Other restaurants and gathering spots have regular music performances as well. 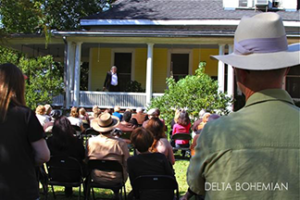 A porch play at the annual Tennessee Williams Festival (photo by the Delta Bohemian).

There are numerous Clarksdale festivals throughout the year.  The most well known are the Tennessee Williams Festival, the Juke Joint Festival and the Sunflower River Blues & Gospel Festival.  All three of these annual, well-established festivals have international, national, regional and homegrown audiences.  Numerous other smaller music and art festivals also occur throughout the year. 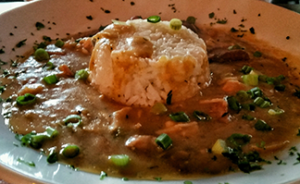 Clarksdale has great gumbo in more than a few of its restaurants (pictured, New Orleans style gumbo at Levons). 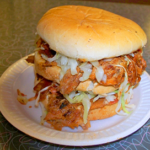 The Big BBQ sandwich at Abe’s.

All this in a small Southern town, and what’s really wonderful about it is… y’all will come back for more.

(For an overview of most all Clarksdale restaurants, see “Visit Us in Clarksdale” above.) 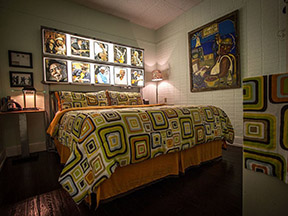 An artful Master in one of Clarksdale’s unique places to stay (pictured, original art in the Hooker Hotel).

In addition to Southern food, Clarksdale is also known for unique lodging choices.  From bed & breakfasts, studios, to full apartment styled multi-bedroom treats, most of these such places have been created and restored to give visitors an authentic experience in the birthplace of the blues and rock ‘n’ roll.  Each of these unique places to stay also feature valuable and unusual original art by Clarksdale artisans as well.  Some have on-site food, live music entertainment, and many are within Clarksdale’s historic downtown Arts & Culture District.

In total, Clarksdale has about 20 unique lodging choices, as well as affordable roadhouses and motels in various places across town.

(For an overview of most all Clarksdale places to stay, see “Visit Us in Clarksdale” above.) 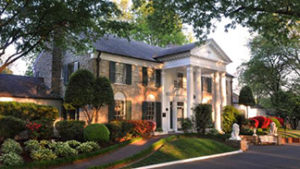 Graceland is an hour from Clarksdale.

Close to Other Attractions

Clarksdale is your perfect hub, an authentic, and affordable place to stay while you experience other attractions, all a short easy drive from here.

An hour away from  Memphis, TN there’s Graceland, the Civil Right’s Museum, Sun Records, The Stax Museum, major concerts in the FEDEX Forum, a professional basketball team, a triple-A baseball team and more.

The Mississippi River and Casino gaming are about 20 minutes away, plus a major gaming and entertainment center is in Tunica, MS some 40 minutes from here.

About 30 minutes away in Cleveland, MS, there is The Grammy Museum Mississippi, Delta State University, and historic Dockery Farms, one of the key sites at the beginning of the blues.  Also in Cleveland is the Bologna Performing Arts Center, a modern state of the art theater which celebrates the arts and enriches the cultural life of the Mississippi Delta community.  At the Bologna, one can see nationally touring shows and art and cultural performances of all kinds, from ballets to Broadway, from country music to Philharmonic concerts and more.

The B.B. King Museum and Interpretive Center are less than an hour away.  The Mississippi Blues Trail and its wonderful historic markers also weave throughout the Mississippi Delta and beyond. 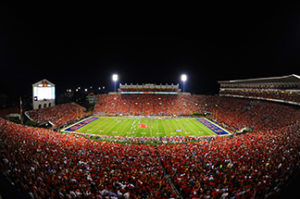 NCAA and SEC sports are an hour away in Oxford, MS, and Memphis.

A concentration of art, cultural and educational attractions are an hour away in Oxford, MS.  The University of Mississippi is there, which offers an expansive choice of things to do and experience, from SEC football (and likely seeing the number 1 football team in the country play from time to time) to the Gertrude C. Ford Center for the Performing Arts, where one can see a range of performing arts programming in the arts, public affairs, and the humanities.

The University of Mississippi Museum also offers an expansive collection of arts and events.  Among its prized offerings are exhibits on scientific instruments, Greek and Roman antiquities, a collection of American Art, the Southern Folk Art Collection, and The Mary Buie Museum, which exhibits historic costumes, Civil War relics, dolls, fans, and the decorative arts.  One can also enjoy William Faulkner’s home and more of Oxford’s rich literary history and traditions as well.

Across the Mississippi River, Helena, AR is 20 minutes away (one passes The Isle of Capri Casino to get there).  This is the home of the King Biscuit Blues Festival, the Delta Cultural Center Museum and the Warfield Concert Series, an endowment that brings world-class arts and cultural performances to that side of the Mississippi River. 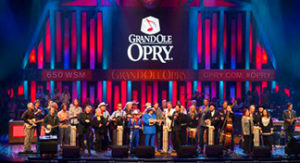 Both Nashville and New Orleans are a short drive from Clarksdale.

One can leave Clarksdale early in the morning, and have lunch in New Orleans, and visit important Civil War sites in Natchez, MS on the way back.  Or, one could simply leave Clarksdale mid-day and see the Grand Ole Opry in Nashville that evening.

In the epicenter of the Mississippi Delta, Clarksdale is also a hunter’s paradise.  Rich in a tradition dating back to the beginning of Delta settlement in the early 1800’s, hunting in the Delta is an annual rite of Southern passage. Hunts can be cherished social events; to some folks a way of life.  Duck, dove, quail, deer, wild turkey and more are plentiful game throughout the vast expanses of nearby Delta forests, especially those on the inside of the Mississippi River levees.

Yes, your hub in Clarksdale is at the very Heart and Crossroads of the Americana Music Triangle.  From hunting to sports, to Italian Renaissance Ballet, there is a rewarding lifetime of things to do and experience here in Clarksdale.