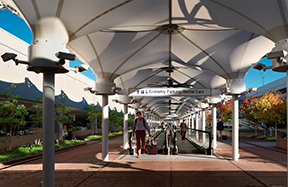 It’s a long walk from baggage claim to the rental car center (rent a luggage cart). (image by Jeffrey Jacobs)

Most Clarksdale visitors fly into Memphis International Airport which is about 68 miles from Clarksdale. It takes a little more than an hour to drive.  Many of our visitors rent transportation in Memphis or are picked up by friends from Clarksdale.

Ground Transportation – The rental car center at the Memphis airport is adjacent to the main terminal, and is a bit of a walk that starts after baggage is claimed.  If one is carrying luggage, it is highly recommended that a visitor rent or use a small cart to carry their belongings on their walk to the rental car center. 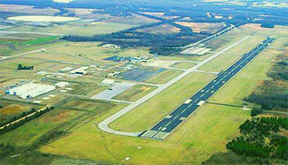 Clarksdale/Coahoma County Airport (non-commercial) – Clarksdale also has a small non-commercial airport, Fletcher Field.  It is 7 miles outside of Clarksdale with one 5,404′ x 100′ runway.  Fletcher field averages 99 aircraft operations per day.  Of the aircraft based at Fletcher Field, generally, some 75% are single-engine planes, a little more than 10% are multi-engine and another 10% plus are small jets.

Clarksdale Limo serves the Clarksdale area, and they may provide airport transportation to and from Memphis as well.  They have a FaceBook page or call 662.400.8665.

More Mississippi limousine and bus rental services that serve Clarksdale can be found here (be sure to contact beforehand to confirm availability). 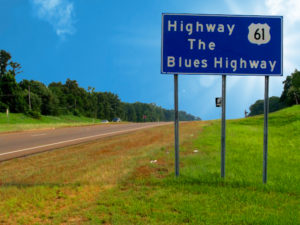 Highway 61 is a 4-lane thoroughfare from Memphis to Greenville, MS south of Clarksdale.

Many Clarksdale visitors also drive here, often coming from all across the country.  We’re rather easy to find, a little more than an hour (78 miles) south of Memphis on U.S. Highway 61 (yes, that Highway 61 – the Mississippi Blues Trail). 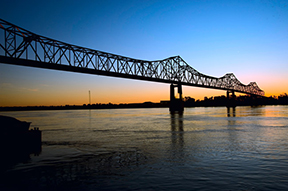 Heading south, Highway 61 runs parallel to the Mississippi River, which is usually only about 15 miles east of the highway.  If one is driving from the west to Clarksdale, the Mississippi River has to be crossed sometime shortly before you get here.  Mississippi River bridges serving this region are in Memphis, TN, Helena, AR, Greenville, MS, Vicksburg, MS and Natchez, MS further south from here.