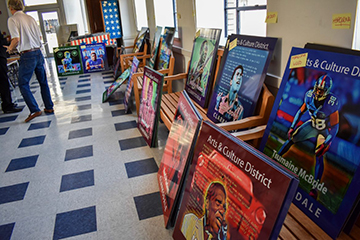 (Check out this article from Mississippi Today by Aallyah Wright about the project.  It’s excellent.)

Many natives and visitors, who have been influenced by Clarksdale, have made significant arts and cultural contributions. These contributions include music, literature, civil rights, sports and more.  There are numerous signs and memorials spread across Clarksdale’s historic downtown Arts & Culture District. 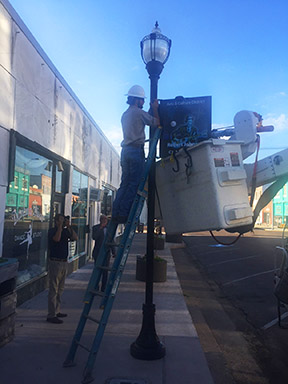 We invite you to visit, tour our streets, take pictures, share about us on social media, tell others about us, and enjoy the art and culture that Clarksdale is proud to call her own.  What follows on pages throughout this section is a description of each sign and memorial, but first a brief on why such art and culture came to be.

It’s uncanny, really, the contributions made on the world from people who came from Clarksdale or who came out of Clarksdale.  What is it about here, this small impoverished Delta crossroads of a town, this most Southern place on earth that led to such consequence?

Some say the magic is in the dirt, and it very well may be.  Without that rich, 20-foot deep alluvial soil found here more than 200 years ago, there would likely have been little magic here at all.  That magic dirt was hidden, though, densely so, under a suffocating thicket of daunting wildness; for it to bear economic fruit it had to be tamed. 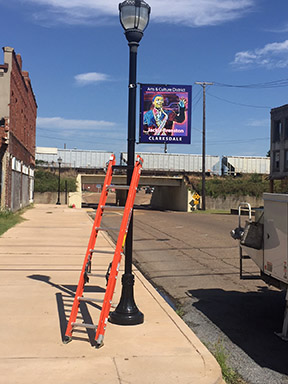 The Jackie Brenston sign after being placed on Clarksdale’s historic Issaquena Ave. (photo by Richard Bolen).

Taming the land created a labor demand, and that came with more than a century of hard economic and social times. slavery, a tragic war, Jim Crow, sharecropping, all of it came out of that labor demand, and from all of that, good sprang out of adversity, like it was meant to be.

All of it was unexpected, of course, but history here brought about a confluence of people and all that they experienced, enjoyed, struggled with and endured became life and art that changed contemporary American culture.  Its as if all of it had a mystical, serendipitous, unconquerable will of its own.

First, we’ll look at the Rock and Roll Hall of Fame inductees whose careers came through and out of Clarksdale. After that, in no particular order, are more musicians and artists who also created meaningful magic here in Clarksdale.