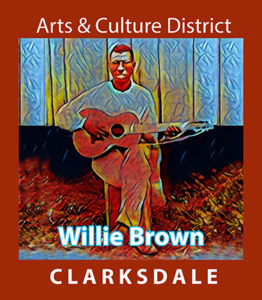 Willie Lee Brown was one of the four great pioneers of the Mississippi Delta blues.  From Clarksdale, he was primarily known as a guitar player, and he performed and recorded with Son House, Charlie Patton, and Tommy Johnson, the other key early pioneering musicians of the Delta Blues form.  Brown was a significant influence on Robert Johnson and Muddy Waters as well.

In addition to recording as a guitar player with his important early colleagues, Brown also recorded solo.  Three of the most known records are the highly regarded  “M & O Blues,”  “Make Me a Pallet on the Floor,” and especially “Future Blues.”  Six of his records were recorded at Paramount Records in Grafton, Wisconsin, in 1930. He also did a few recordings for the Library of Congress in the early 1940’s.