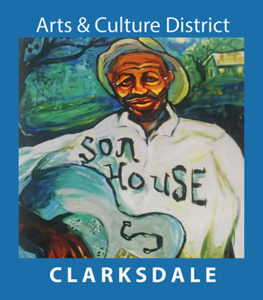 One can not overstate the importance of Son House.  He is not actually in the Rock n’ Roll Hall of Fame as a solo artist as of yet, but he has had a formative influence on many of its inductees. Son has been one of the most significant blues pioneers of all. Born in Lyon,  MS on the north edge of Clarksdale, the Delta blues form centers around Son (Charley Patton too). No other bluesman has had as much influence on both Robert Johnson and Muddy Waters as Son. House was an exceptional guitarist, singer, and songwriter, and he was known for his highly emotional singing style and delivery. Son was also among the first Delta blues musicians to record (with Charley Patton in Grafton, Wisconsin in 1930) and watching him perform was transcendental; he didn’t just sing the blues; he preached it!

At the very origin of the blues, it is not possible to separate the music from the church; the blues evolved out of the spiritual from the get-go. Though the church and the bluesman shared such common ground, friction and conflict existed between the two seminal forces from the beginning.  Was it the devil’s music or the churches? One had to choose; all too often the common ground wasn’t all that common after all.

Perhaps no other bluesman better personified the struggle between gospel and the secular than Son House. Eddie House Sr., Son’s father, was a musician who went to a Baptist church in Lyon, but he was also a drinker. That led him to leave the church for a time, but Son’s father eventually gave up drinking to become a deacon.  Growing up amid this, Son followed his father’s commitment to religion. He also followed the music tradition in his family, but only in his religious singing. Young Son was antagonistic toward the blues because it was the devil’s music (this would have been around 1912 about 15 years before the first Delta blues was recorded).

Around the age of 25, something remarkable happened to Son; he first heard bottleneck slide guitar! This was in 1927 (about 25 years after W.C. Handy first described that sound he heard in Tutwiler, MS.) Son was back in Clarksdale at the time and hearing that sound was life-changing. Son had become “bluesified!” (At this time, both John Lee Hooker and Muddy Waters were about 13-14 years old.)