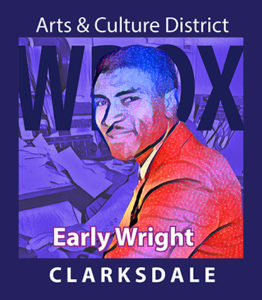 Early Wright was a disc jockey at WROX-AM radio station in Clarksdale.  He was both so well liked and well known, his listeners called him “The Soul Man.”

An auto mechanic by trade Early joined WROX  in 1945.  He was also the manager of a gospel group, the Four Star Quartet.  From his first regular show onward, Early Wright continued to broadcast for the next 53 years.  His last show was in 1998 when he was 83-years old.