Each information sign has the home page of the City website on it, and the yellow circle on the sign shows the public where to go to find out about each sign… and a lot more!  Each was expertly mounted by Clarksdale Public Utilities.

The Arts & Culture District project was originally slated to be 33 signs, and most of those were focused on the music and musicians that gave us the birthplace of the blues.  Some of the artists in the original mix, Willie Brown for example, are much known to music historians and intrepid blues fans, but are not as well known outside of that dedicated audience.

The original 33 signs were first viewed in a public showing at the Bank Building downtown, which was heavily attended (about 200 people).  These first signs were met with an enthusiastic response, and from there the project started to evolve.  The public wanted more signs, and more of our citizens honored.  So, suggestions and recommendations started coming, lots of them, and they haven’t stopped yet.

What really happened, and we didn’t see this coming, the project evolved into something even better than it’s original arts and culture vision.  Out of community collaboration better things come.   What evolved is a celebration of the people of Clarksdale, not just those historic musicians, but civic leaders, teachers, social workers, civil rights pioneers, honored athletes, high school students, and likely honored veterans later this year.  It’s us, all of sorts of us, those that were recommended by their community, and collectively they are a more complete, rather attractive, remarkable lot indeed.

All of this means some 80 plus signs now, and even more signs of people that are completely unknown to many others.  Well, this presented an opportunity, one to educate and perhaps entertain, and the first solution is the new City of Clarksdale website.  Every sign is on the site, and every one of them has a bio of who is on the sign, and what they did here in our community.

So, all of those bios and site programming had to be put in place before the website could launch, and then the next step was to… create a few more signs.  Information direction signs!  If one noticed from the mounting of the first sets of signs, most of the poles on the corners of our downtown intersections did not have a sign on them.  Something was coming; they are here now, but they had to wait until after the website was launched.  These corner signs direct the public to go to the website for more information about the people on our signs, so that anyone can find out more about the wonderful community of… the birthplace of the blues… and rock n’ roll. 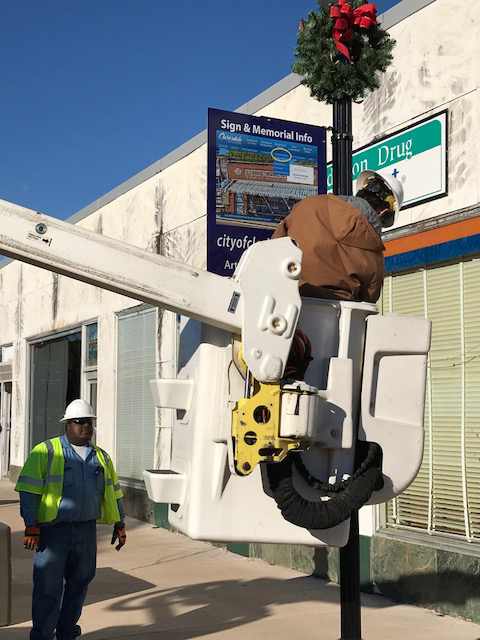 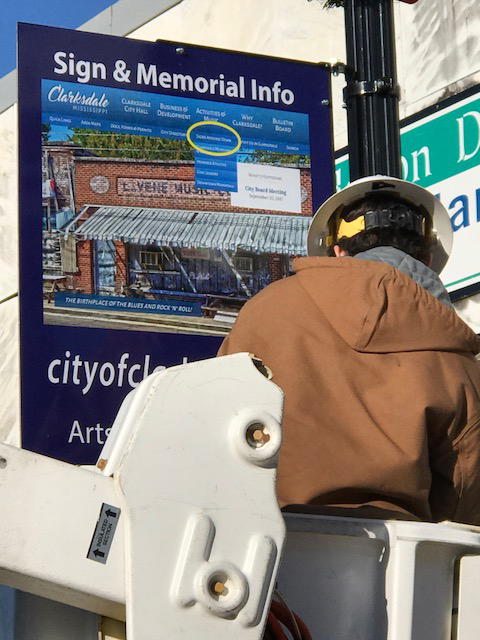