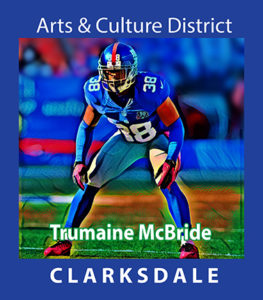 Trumaine McBride was a National Football league cornerback. He played at Clarksdale High School where he was selected All-America by PrepStar magazine.  After playing college ball at the University of Mississippi, Trumaine was drafted by the Chicago Bears in 2007.

McBride earned a starting defensive back role in his first year with the Bears.  After two years in Chicago, injury lead him to a contract with the Arizona Cardinals.  He also played with Jacksonville before signing with the New York Giants, where he played for two more years.