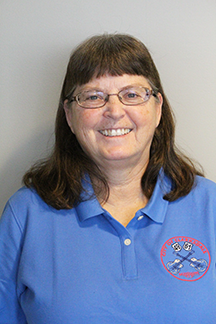 Cathy Clark went to work for the City on December 1, 1988.  She was hired as the Accounts Payable Clerk and became Chief Deputy City Clerk in March, 1995.

Cathy has performed all the duties of the City Clerk’s Office at one time or another, which has included collection of taxes, privilege license, permits, accounts payable, payroll, deposits and personnel.  She was instrumental in the implementation of the current computer system for finance and payroll. She obtained her Mississippi Deputy City Clerk certification in June, 1994 which was a three-year tested program.

Cathy has also participated in four Athenian Dialogues, leadership skills classes.  She is much involved in the Mississippi Municipal Clerks Association, and currently holds the title of 1st Vice President.  Cathy has further served on many committees for the association,  and is particularly fond of serving on its Mentoring Committee.

With 29 years as a professional administrator with the City of Clarksdale, Cathy is exceptionally experienced and dedicated to this City.

The City Attorney serves as legal advisor and attorney for the City of Clarksdale. The City Attorney is responsible for providing legal advice and assistance to the Mayor and Board of Commissioners, department heads and other city employees. Other activities of the City Attorney’s Office include serving as legal counsel during Board meetings; supporting the legislative and administrative processes involving ordinances, contracts, legal research, legal opinions and litigation; representing the city’s legal interests and defending its rights before all judicial, legislative, and administrative tribunals; and providing legal advice and assistance to the city’s boards and commissions.

The City Attorney does not provide legal advice to the public.

Biography of the City Attorney