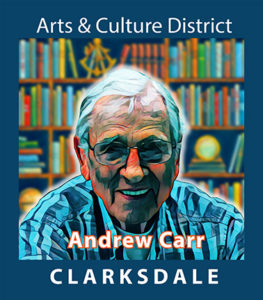 Andy Carr was a Clarksdale farmer, a civic leader, and civil rights, activist.  Born here, he was a graduate of the U.S. Naval Academy and served our country’s Navy for twelve years.

As an area farmer after his military service, he became socially active.  Andy was appointed to the biracial committee that worked on the poverty program known as Coahoma Opportunities, Inc. (COI).

As the chairman of COI, the program developed into a comprehensive local support system during Andy’s tenure there.  He helped start many social services such as Head Start, legal aid, adult education, and retraining farm workers.

Carr also was involved in the integration of the Coahoma County schools, and on March 14, 1967, he testified before a Senate subcommittee poverty program.  Andy continues to inspire others by example in his community.