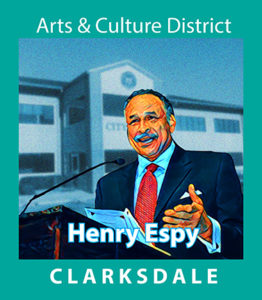 Henry Espy was the Mayor of Clarksdale, Mississippi.  He was elected for four-year terms in 1989, 1993, 2001, 2005, and 2009.  He is the brother of former U.S. Secretary of Agriculture Mike Espy and father of Mississippi State Representative and Clarksdale Mayor, Chuck Espy.

Espy is an owner of Century Funeral Home and Burial Association in Clarksdale and Yazoo City, MS.