The Arts & Culture District sign for Libby Rae Watson was mounted a few days ago by Clarksdale Public Utilities.  It is located on Sunflower Blvd… in between the church and the blues (the Bishop T. T. Scott sign is on one side of Libby, and Anthony “Big A” Sherrod is on the other).  A consummate, joyful performer, Libby Rae is a welcomed regular in today’s Clarksdale blues scene.

From Pascagoula, Libby’s connection here is over time, and she has become an integral part of today’s scene in the birthplace of the blues and rock n’ roll. Most often she plays at the Juke Joint Chapel at the Shack Up Inn, at Shacksdale and Cat Head Delta Blues & Folk Art.  She also regularly plays at the Juke Joint Festival and other widely attended Clarksdale shows and events. An experienced, accomplished performer, her singing, and guitar playing come with deep talent, but it may be her cheerful attitude and inviting smile that leads most to her captivating stage presence and comforting showmanship. She embodies a true love of what one is doing. Libby is known to say, “I didn’t plan to go ‘find’ the Blues. The Blues found me,” and the blues led to meet many of the blues artists she was so fond of, two of which became lifelong friends. She found Big Joe Williams in his car under a shade tree near his house, and she met Sam Chatmon, the last surviving member of the Mississippi Sheiks, who became Libby’s greatest inspiration and mentor (it is Sam looking over Libby in the background of her sign). 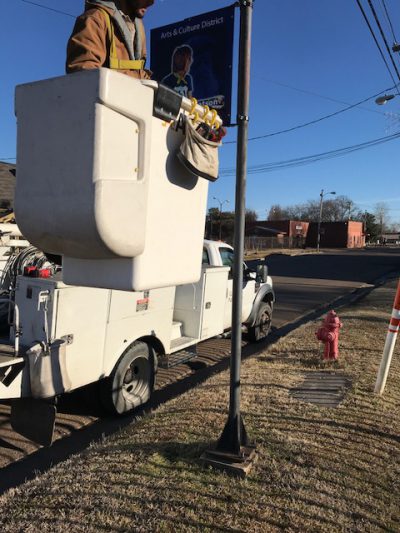 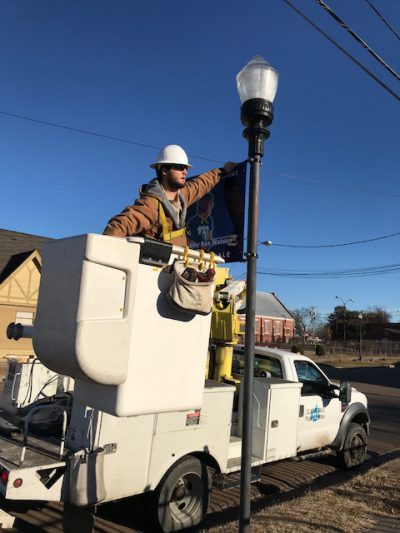