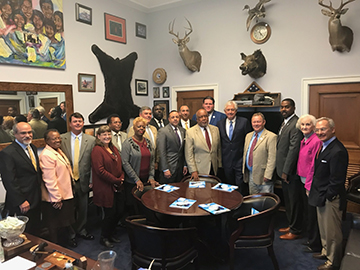 This late October trip marks a unified effort to coordinate Clarksdale’s progress with both local governments and our representatives in Washington.