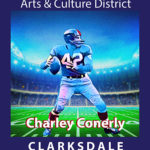 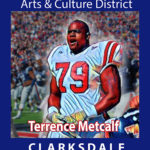 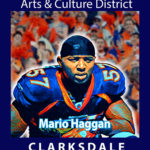 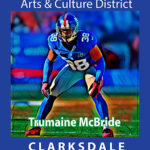 The City of Clarksdale’s NEW Athlete Hall of Fame, created by Richard Bolen, will feature athletes, arts and culture people and civic leaders who made, and are continuing to make significant contributions to their field.  These are signs honoring people either from Clarksdale, or who came to Clarksdale are 28″ x 32″ and are being hung on poles throughout downtown Clarksdale.