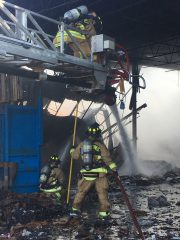 From the Clarksdale Press Register By TAYLOR MITCHELL Sunday afternoon, Paul Capo, Tom McClave and Jake Dickes where traveling from Cleveland to Memphis after spending the weekend instructing members of the Cleveland volunteer fire department. The three men were working for When Things Go Bad, Inc. Things went bad Sunday afternoon at the corner of […]

From the Clarksdale Press Register By TAYLOR MITCHELL Three former City of Clarksdale employees have filed complaints with the Equal Employment Opportunity Commission, the Board of Mayor and Commissioners learned in executive session at Monday’s meeting. One of the complainants is from former city attorney Curtis Boschert, who was removed from his position in […]