From the Clarksdale Press Register By JOSH TROY (with some editing) Dick Waterman had a love for music at a very young age and put himself in danger in his effort to find Clarksdale’s long-lost bluesman, Son House, in the summer of 1964. In June 1964, Waterman, who was living in Cambridge, Mass., along with […] 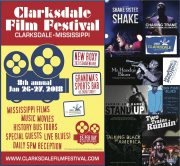