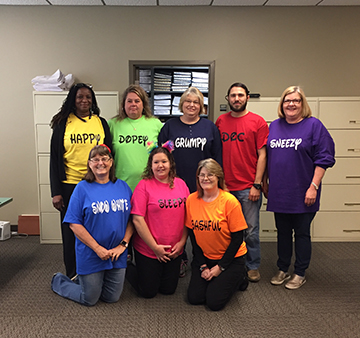 The City of Clarksdale participated in the Downtown Halloween Trick or Treat on October 31, 2017.  The City had two very big boxes full of candy for the children, and they got it all!  The widespread event was a big success, and happy children were everywhere!

City Clerk Cathy Clark says more treats will have to be bought for next year.  The City is also looking forward to more participation from even more downtown merchants next year as well.